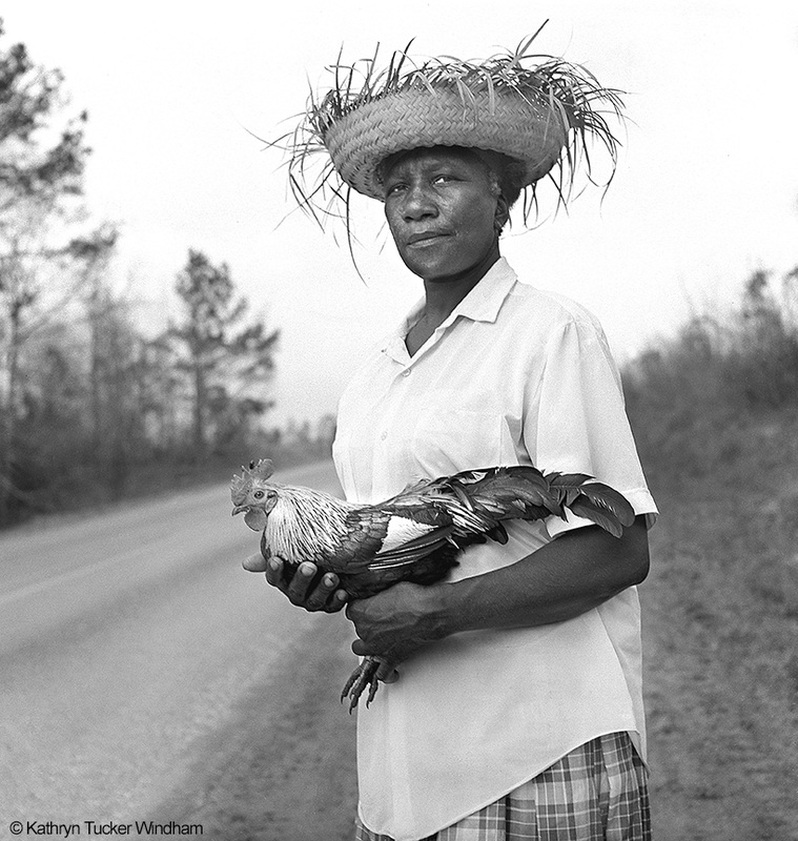 It was a hot summer day, when a hat, especially a straw hat, was a blessing.

She, whose name I do not know, wore such a hat as she walked along the country road. I nodded a greeting as I drove past. I had driven some distance before I recalled that she was carrying an unusual burden: she had a live rooster in her arms.
​
So I turned around and went back to ask if I could take her picture. If she thought the request strange, she did not say so. She posed with dignity and a fleeting touch of humor, holding the bird against her white shirt to dramatize his bright feathers. When I asked if I might give her a ride, she declined, saying, "I ain't got far to go."

I wish I knew what happened to the rooster. He appeared to be too young to be consigned to the stew pot. His colorful plumage (the golds and greens purely sparkled in the sunlight) and his long spurs bespoke game chicken ancestry, so he may have been on his way to a fight. Or perhaps a happier future awaited him as lord of a new chicken yard.
​
Whatever his fate, I wish I had a few of his feathers to decorate my own straw hat. 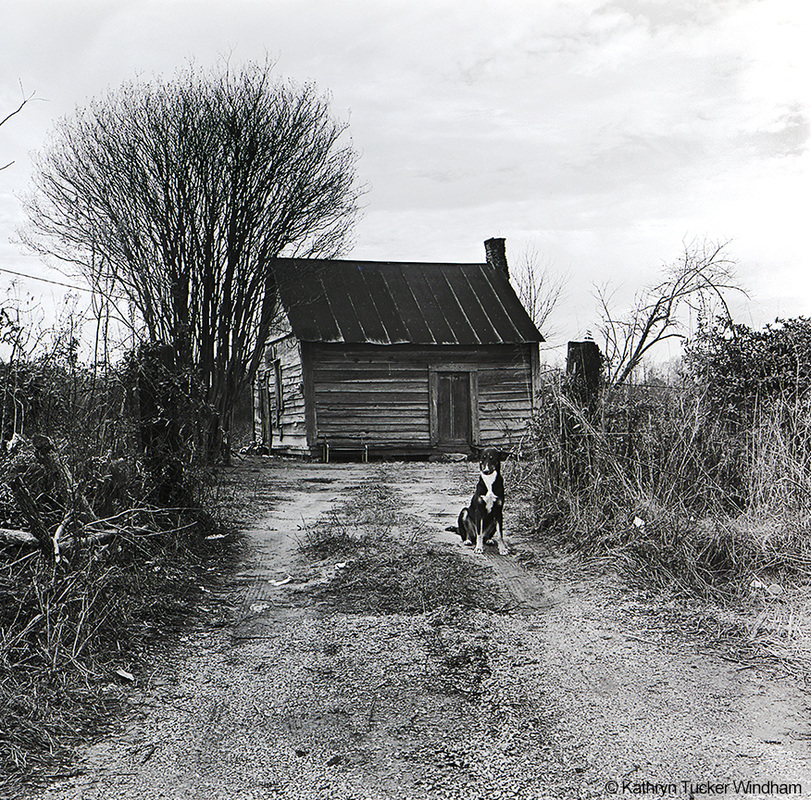 For a long time I thought it was unoccupied, but then I began to notice signs of life as I drove past: smoke rising from the chimney, fresh tire tracks in the littered yard, a child's plastic tricycle near the side door. Never did I see a human being on the place. I watched the house for a year or more, watched its metal roof become rustier and its rough board exterior turn grayer.

​He did not move when I turned to leave. He did give me a quizzical look as though he wondered if I had come to give him news of the whereabouts of his owners or had come to take him to a new home.
This photograph is available as a limited edition archival museum quality 17 x 22 giclee print 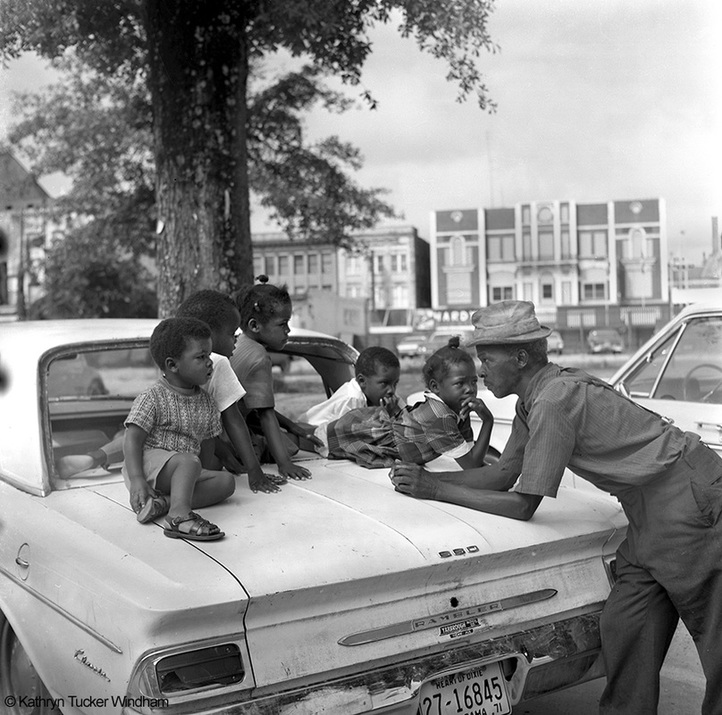 This storyteller in downtown Selma had five listeners on the trunk of his car. He appears to be keeping his young charges entertained while their mother (mothers?) shops.
​
I wish I knew what story he was telling them.

The deer were plentiful and hungry out around Summerfiled in north Dallas County, the spring of 1976. As soon as young plants pushed through the plowed ground in fields and gardens, deer came singly, in pairs and in droves to nibble the tender shoots.

"Them deer eating up our garden fast as the plants poke their heads up," Albert Melton complained to me. "Looks like we ain't gonna have no corn or beans or peas or nothing. Not 'less we do something about them deer!" So Albert and Sarah, his wife of forty years, did something. They ringed their garden with scarecrows, eighteen of them, to frighten the intruders away. These were no ordinary scarecrows, not just a wooden cross piece stuck in the ground and draped with a tattered garment. The Meltons' scarecrows were well dressed, almost nattily dressed, figures. At a distance, they might have been mistaken for a line of worshipers heading for Sunday meeting.

The men sported vests and ties over their long-sleeved shirts, and their balled-up newspaper heads were shaded by felt hats. One of them carried a cane. The women were clothed in bright dresses, perhaps not the latest style, long enough to touch the ground, and flower-bedecked hats covered their newsprint heads.
​
I don't know how effective the scarecrows were, but Sarah and Albert Melton were pleased and amused by their creations. "Place full of field hands, and not one of them working!" Sarah told me.
These photographs and essays are just a few samples
from Kathryn Tucker Windham's book, Encounters.
Available from NewSouth Books, Montgomery, Alabama